ONE of the most anticipated charity balls on the North East calendar will be returning this spring – with a 90s diva heading up the entertainment.

The annual Lobster Charity Ball will be taking place at Hardwick Hall Hotel, Sedgefield on Friday April 22, which will include a performance by Heather Small, the voice of M People.

The singer, whose many hits include One Night In Heaven, Moving On Up and Search For the Hero, will be taking to the stage at the glitzy event in aid of autism charity Daisy Chain. 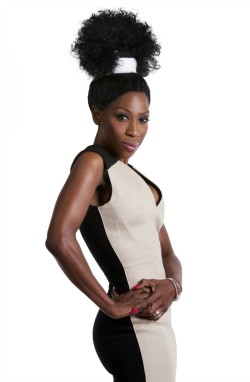 The black tie event will give guests the chance to sample a four course gourmet lobster surf and turf meal prepared by the award-winning chefs from The Rib Room Steakhouse and Grill.

This year’s event also includes a cocktails and canapés reception, along with a Taittinger Champagne bar and complimentary wine, lager and beer for guests all evening.

“We are delighted to have been able to book a singer of the calibre of Heather Small for this year’s ball,” said John Adamson, owner of Hardwick Hall Hotel. The Lobster Charity Ball has a reputation of putting on brilliant performers and this year will be no exception.It’s such a fantastic evening where everyone likes to dress up and come along and have a great time, while supporting an amazing charity.

The evening will also feature a fashion show with clothes from award-winning menswear store Woven, recently voted the Durham retailer of the decade.

Tickets for the evening, which will run from 7pm until 1am, are priced at £140 plus VAT and can be purchased by contacting the venue’s events team on 01740 620253 or by emailing events@hardwickhallhotel.co.uk.

Over the past 13 years Hardwick Hall has raised more than £520,000 for local charities by hosting both the Lobster Ball and the North East Oyster Festival.