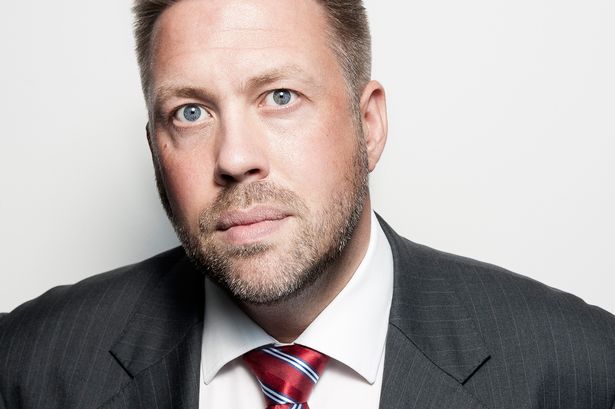 The CEO of Financial Management firm Fairstone has praised regional investment as a key factor in the company’s growth.

Lee Hartley, who recently oversaw a £25m investment from Synova Capital, described the early stage investment he received from the JEREMIE funds as ‘a strategic building block’ which enabled the company’s steep growth curve.

Fairstone received a total of £1.5m investment between 2013 and 2015 from the Finance for Business North East Accelerator Fund, managed by Northstar Ventures. The company is now the largest chartered financial planning company in the UK, with over £6bn in client assets under management.

Hartley, CEO and Founder, said: “The impact regional investment can have should not be underestimated – particularly in light of the current discussions surrounding Brexit and the Northern Powerhouse. With the investment and support we received from Northstar Ventures, Fairstone was able to increase its annual revenues from £15m at the inception of the relationship to its current run-rate of £36m. In addition, Northstar’s involvement and guidance was pivotal in enabling us to transition away from a shareholder base comprising mainly of high-net-worth individuals through to professional Private Equity shareholders – a changeover which was crystallised in the new £25m equity investment in April this year.”

Despite operating nationally, encompassing over 260 IFAs throughout the UK (12 of which are in the North East), Fairstone remains a proudly Northern business – its headquarters remain in Boldon, and it has a strong relationship with Northumbria University, including a dedicated graduate recruitment programme.

Of Fairstone’s relationship with a regional VC firm, Hartley says: “I would describe Northstar Ventures’ key strengths as being a combination of an intelligent investment approach together with an outlook which takes into account both its commercial objectives and the long-term interests of its investee companies – in my experience this a rare and valuable mix.”

The research was conducted by PitchBook, an international database covering venture capital, private equity and mergers and acquisitions. It found that since 2014, 607 venture capital firms have made at least one investment into UK-based start-ups. In the same time period Northstar Ventures has made a total of 34 investments, all into North East based companies.

Alasdair Greig, Director at Northstar Ventures, said: “We’ve been working with businesses throughout the region since 2004 and to be recognised as one of the leading VC firms investing into UK start-ups is testimony to the strength of our investment team and to the start-up ecosystem in the North East – something that has been strengthened significantly through the availability of regional funds. In the last few years we’ve seen the local business community thrive, with start-ups across the region including Middlesbrough, Sunderland and Newcastle attracting talent and finance from other areas of the UK and beyond. Without access to regional investment, these companies may have been forced to relocate in order to compete for funding. Companies like Fairstone are a huge asset to the North East economy and are evidence of how successful regional investment strategies have been in recent years.”